TERMS AND CONDITIONS: GET UP TO £100 IN FREE BETS

Paddy Power are what we call aggressive bonus advertisers. That’s not such a bad thing as they’re seen to be one of the best around for the deals and promotions. If you have a sixth sense for advertising you can probably see that these deals are primarily focused at keeping you engaged and perhaps loyal to their brand. But in our opinion they are one of the best promo providers around with daily money back specials and regular membership offers.

Their customer service is by far the best we feel. On a number of occasions irregular situations have occurred that may result in you losing your bet, but paddy power have often paid out regardless. Like dead heats in horse racing (paying you the full win amount) or dubious first goals scorers when officially they’ve been own goals Paddies have paid out! Even though these are few and far between, the fact that the guys at Paddy Power acknowledge they’re customers frustrations is awesome and a breath of fresh are from an online bookies.

Paddy Power are a typically good bookies. They're customer service is the best in the business and the offers are pretty decent. They can go over the top with their advertising and expect the shock factor from some of their campaigns. However they're still one of the best and we highly recommend them.

They are aggressive when it comes to giving existing members offers, but they’re good offers; unlike some of the lesser brands who offer very little in terms of regular incentives. Paddy Power have daily deals that are very tempting, like money back guarantees on a range of markets, daily horse racing if your second to the favorite and so on.

The in-play platform is pretty decent, lots a variant markets that other brands won’t offer, including live horse racing odds if the distance of the race allows for a enough wriggle room to monitor the race as it unfolds. Safe to say your unlikely to get live odds and betting on a sprint 5 furlong race. But in all fairness I wouldn’t put it past Paddies to have a go! If you suggest it they’ll often try it.

Once slight gripe… I dropped my phone once when viewing cash-out. As I reached down the catch it, I hit the screen and the cashout button. without a fail safe or warning, my bet had gone. Had there been a confirmation system I wouldn’t be writing about this ‘niggle’. The bet didn’t win thankfully – it was Wales to win the Euros as 80/1. But as they crept into the semi’s I started to get a bit anxious over the whole incident!

The website is very well laid out and is easy to follow, the markets are all sectioned out appropriately and you feel a sense of tidiness about the site compared to some other brands. They have a huge list of variant markets and you can easily drill down into each sections for specials, multiples and even the odd teasing lucky dip style bet.

To be honest you won’t get great mobile reviews out of me because I like to see as much information as possible when placing a bet, so I try and avoid using apps and mobile versions of online sportsbook. With that said, the mobile site does what it is intended to do, provide fast loading mobile friendly betting.

The messenger app is a good tool for checking things or placing bets quickly – I highly recommend using this app instead of the mobile sportsbook app – its rather cool! A couple times I’ve put short sharp requests like Liverpool, Arsenal, Chelsea – Treble £10 and its come back with the right bet! So kudos to Paddy’s for getting this out there!

Paddy Power have really taken customer service to another level. They have an easy to access chat service, email or call extensions. But the extra miling comes in their willingness to understand the woes of a typical gambler and they will often go out their way to appease unfortunate occurrences. They’ve refunded bets during freak circumstances, where other bookies would accept the outcome and enjoy the spoils. A first past the post discrepancy for example, an overturned result by the stewards or an own goal refund on first scorers. Don’t expect these all the time, but its a clear sign that Paddies understand the nature of these incidences and they think about their customers.

Bookies Reviews is an independant review service for the UK sportsbook betting industry. We are not however associated with any of the brands on this website and all views are a matter of impartial opinion.

We provide a website for UK gamblers to comment and offer fair feedback on the betting sites they have played with. We post all honest and appropriate reviews, but reserve the right to remove comments that are offensive or a reaction to losing bets.

For help, support and advice about problem gambling please contact the National Gambling Helpline on 0808 8020 133 or via the NetLine. or visit www.begambleaware.org 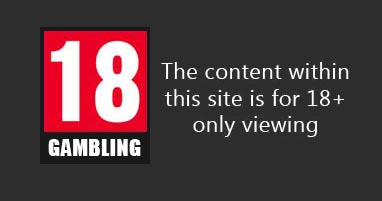